What does Corona mean for the development of e-commerce? 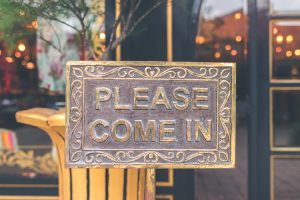 The Corona crisis is causing rapid and far-reaching changes in almost all industries. This also applies to the area of e-commerce. In contrast to many other industries, a positive effect can be seen here for some factors. But how exactly does the Corona pandemic affect the e-commerce sector?

The German E-Commerce and Distance Selling Trade Association (BEVH) published interesting figures regarding the year 2020 at the end of January. According to these figures, the contribution of e-commerce in Germany - which was marked by the Corona crisis - increased significantly with regard to the supply of the population. Gross sales amounted to 83.3 billion euros - in 2019, it was still 72.6 billion euros. Despite a small dip in the first quarter of 2020, sales thus increased by a whopping 14.6 percent compared to the previous year. Overall, more than one in eight euros of Germans' household spending was spent in the area of e-commerce.

E-commerce demand for food, drugstore products and medicines rose particularly sharply. The demand for medical products is of course understandable, but with an increase of around 90 percent, it is nevertheless impressive. Below is a list of the individual areas that experienced a noticeable upswing in e-commerce during the Corona pandemic in 2020. The respective increase is indicated in percent.

The comparison: Before and during Corona

AfterPay" has found an answer to this question in representative surveys. The knowledge platform specializing in e-commerce development surveyed people in several European countries - surveys were also conducted in Germany. 58 percent of those surveyed stated that they had not changed their online shopping behavior following the emergence of the pandemic.

An extremely interesting figure for the e-commerce sector: 25 percent of Germans stated in the survey that they make more online purchases than they did before the pandemic. 17 percent tended to buy less online after March 2020 than before.

The survey also asked people to give reasons why they were making more online purchases. 50 percent gave an obvious reason: Stores had to close. However, the trend towards more e-commerce continued even when stores were allowed to reopen. 47 percent of respondents said they still relied more on online purchases because of this, as they wanted to avoid contact with people. 45 percent said it was simply more convenient. 37 percent said that stores were out of stock of the item they wanted and 27 percent said that they were not allowed to leave their homes.

How could e-commerce develop?

The upswing in e-commerce during the Corona pandemic is obvious. However, the question is whether this will continue in the coming years. A question that is of utmost importance in the industry - which is why a number of studies are looking into it.

Statista has drawn up a forecast based on surveys, trends and calculations. According to this, the number of e-commerce users in Germany in 2024 will be 71.7 million - almost 90 percent of the entire population.

Anyone who looks at the changes of the last few years will come to the conclusion that this prediction is anything but far-fetched. Whether it comes true or not, one thing is certain: the Corona crisis has given the already omnipresent positive trend in e-commerce another boost.

More from the blog 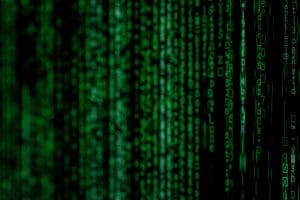 At BitMinter alone, one of the oldest mining companies on the net, the average computer speed is currently around 3,700 terahash per second. 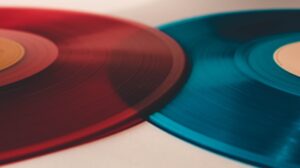 Digitalization determines change and speed in the business world

Changes through digitalisation are possible Digitalisation is changing the framework conditions for companies and employees. Technology is developing faster and less predictably than before. Who 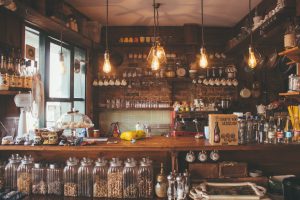 Criteria for a successful online shop

Online retailers should make sure that all contact information is easy to find and ... 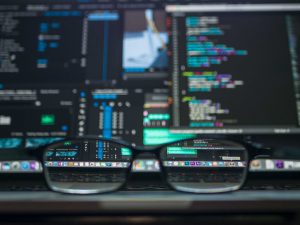 Successfully pass IT seminars with a trainer in the online seminar

The world of IT is international, and so communication in the industry is often in English. Therefore, there are also...

This website uses cookies to ensure that you can use our services to the best extent possible. By clicking on "Agree and continue" you agree to the use of these services. You can revoke or change your consent at any time with effect for the future.
SettingsAgree and continue
Cookies

This website uses cookies to improve your experience while you navigate through the website. Out of these, the cookies that are categorized as necessary are stored on your browser as they are essential for the working of basic functionalities of the website. We also use third-party cookies that help us analyze and understand how you use this website. These cookies will be stored in your browser only with your consent. You also have the option to opt-out of these cookies. But opting out of some of these cookies may affect your browsing experience.
Necessary always active
Necessary cookies are absolutely essential for the website to function properly. These cookies ensure basic functionalities and security features of the website, anonymously.
Functional
Functional cookies help to perform certain functionalities like sharing the content of the website on social media platforms, collect feedbacks, and other third-party features.
Performance
Performance cookies are used to understand and analyze the key performance indexes of the website which helps in delivering a better user experience for the visitors.
Analytics
Analytical cookies are used to understand how visitors interact with the website. These cookies help provide information on metrics the number of visitors, bounce rate, traffic source, etc..
Advertisement
Advertisement cookies are used to provide visitors with relevant ads and marketing campaigns. These cookies track visitors across websites and collect information to provide customized ads.
Others
Other uncategorized cookies are those that are being analyzed and have not been classified into a category as yet.
SAVE & ACCEPT

Current information New seminars, tips and tricks around IT.